Individuals coming together with different expertise to achieve the best outcome
– that’s what makes our team work.

ASA Architects are an award winning design practice providing architectural design, sustainable design, interior design and landscape design services. The company was established in 1979 by Alan Seager after graduating from the Brixton School of Architecture, then later studying in Virginia School of Architecture. ASA Architects, are based in the Gower in Swansea and today has a broad portfolio of work in health, education, residential, commercial, regeneration and conservation with projects throughout the UK.

Alan is an Architect with over 35 years of experience. He has worked on many projects over his career varying from bespoke houses to community centres. The relationships with each client is a fundamental aspect of how Alan works by figuring out what each individual requires. In doing so, many of his schemes are often by recommendation from previous clients.

Ilona has been working on a part-time basis with ASA for almost 8 years. A lot of clients desire comfortable and inviting spaces inside their homes which Ilona specialises in, making sure that a house becomes a home. Along with being an Interior Designer Ilona often works as a CAD Technician within the practice understanding both the external and internal relationship of a building.

Jon has been with ASA for 20 years after graduating from Bristol University. Running the practice day to day is Jon’s main role ensuring that everything is on track. Along with surveying and managing the practice Jon often works with the clients in the developed designed stages making sure even the details are taken care of.

Beverley works in the office part-time.  Her main roles include providing administrative support to the business, co-ordinating the website and social media.

Matt graduated with a First Class Honours from the University of Portsmouth in Architecture and currently completing his Part 1 in Dubai. He has worked on a part-time basis with ASA for almost 5 years. His main role within the practice is helping the client see their final product during the design process with the use of 3D rendering, walk-throughs and a variety of other media.

Regulated by the Architects Registration Board 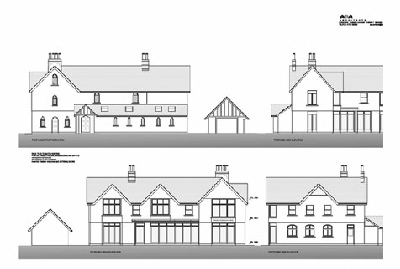